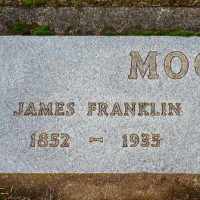 Put your face in a costume from James Franklin's homelands.

In the Mid 1870s, The United States sought out the Kingdom of Hawaii to make a free trade agreement. The Treaty gave the Hawaiians access to the United States agricultural markets and it gave the United States a part of land which later became Pearl Harbor.
1 Dutch: from a Germanic personal name composed of the elements madal ‘council’ + gār, gēr ‘spear’.2 Southern English: unexplained.