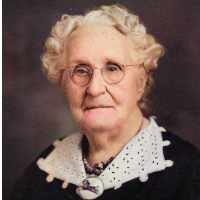 The Life Summary of Susan M.

Put your face in a costume from Susan M.'s homelands.

(1997: 13995;2007: 30937; 2010: 42578)English: habitational name from any of the places so called. In over thirty instances from many different areas, the name is from Old English midel ‘middle’ + tūn ‘enclosure, settlement’. However, Middleton on the Hill near Leominster in Herefordshire appears in Domesday Book as Miceltune, the first element clearly being Old English micel ‘large’, ‘great’ (see Middlebrook ). Middleton Baggot and Middleton Priors in Shropshire have early spellings that suggest gem̄thhyll (from gem̄th ‘confluence’ + hyll ‘hill’) + tūn as the origin. This surname is also found in Scotland and Ireland.History: A Scottish family of this name derives it from lands at Middleto(u)n near Kincardine. The Scottish physician Peter Middleton practiced in New York City after 1752 and was one of the founders of the medical school at King's College (now Columbia University) in 1767. One of the earliest of the Charleston, SC, Middleton family of prominent legislators was Arthur Middleton, born in Charleston in 1681. The name has also been established in Ireland since at least the 13th century; its presence was reinforced by settlers in the 17th century.