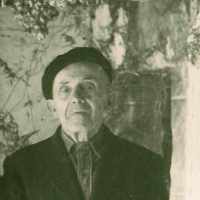 Put your face in a costume from Alejo Posada's homelands.

Amadeo de Saboya abdicates, the Republic of 1873 comes into power to fill the void. General Serrano pronounces himself president during Spain's brief stint as a unitary republic. In 1874 rebel Arsenio Martinez Campos declares Alfonso XII king of Spain, which is met with no resistance.

Architect Antoni Gaudi begins work on what would be a historical landmark cathedral in Barcelona, Spain.