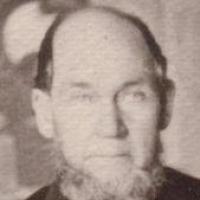 When Heinrich Friedrich Phillip Wendt was born on 15 December 1818, in Lippe, Germany, his father, Johann Ernst Wendt, was 35 and his mother, Amalia Elisabeth Toelle, was 33. He married Helena Koentje on 12 April 1844, in Oldenburg, Germany. They were the parents of at least 2 sons and 3 daughters. He lived in Davis, Stephenson, Illinois, United States in 1870. He died on 1 February 1890, in Cortland, Gage, Nebraska, United States, at the age of 71, and was buried in Immanuel Cemetery, Gage, Nebraska, United States.

Put your face in a costume from Heinrich Friedrich Phillip's homelands.

By 1829 Venus, Illinois had grown sufficiently and in 1832 was one of the contenders for the new county seat. However, the honor was awarded to a nearby city, Carthage. In 1834 the name Venus was changed to Commerce because the settlers felt that the new name better suited their plans. But during late 1839, arriving members of the Church of Jesus Christ of Latter-day Saints bought the small town of Commerce and in April 1840 it was renamed Nauvoo by Joseph Smith Jr., who led the Latter-Day Saints to Nauvoo to escape persecution in Missouri. The name Nauvoo is derived from the traditional Hebrew language. It is notable that by 1844 Nauvoo's population had swollen to around 12,000 residents, rivaling the size of Chicago at the time. After the Latter-Day Saints left the population settled down toward 2,000 people.
German and Danish: ethnic name for a Wend, Middle High German wind(e). The Wends (also known as Sorbians) once occupied a large area of northeastern Germany (extending as far west as Lüneburg, with an area called Wendland), and many German place names and surnames are of Wendish origin. Their Slavic language is still spoken in the eastern part of Germany, around Bautzen and Cottbus.