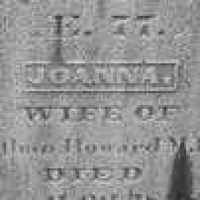 Caused by war veteran Daniel Shays, Shays' Rebellion was to protest economic and civil rights injustices that he and other farmers were seeing after the Revolutionary War. Because of the Rebellion it opened the eyes of the governing officials that the Articles of Confederation needed a reform. The Rebellion served as a guardrail when helping reform the United States Constitution.
(1997: 30486;2007: 63825; 2010: 86618)English: topographic name for someone who lived in a (usually remote) nook or corner of land, from Old English and Middle English hale, dative of h(e)alh ‘nook, hollow’, or a habitational name from a place so named such as Hale in Cheshire, Hampshire, Lancashire, Lincolnshire, Holme Hale (Norfolk), Hale Street (Kent), and Haile (Cumberland). In northern England the word often has a specialized meaning, denoting a piece of flat alluvial land by the side of a river, typically one deposited in a bend. See Haugh . In southeastern England it often referred to a patch of dry land in a fen. In some cases the surname may be a habitational name from any of several places in England named with this fossilized inflected form, which would originally have been preceded by a preposition, e.g. in the hale or at the hale. This surname is also established in south Wales.Irish: shortened Anglicized form of Gaelic Mac Céile (see McHale ).