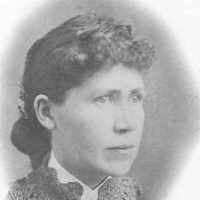 Put your face in a costume from Louisa Maria's homelands.

Louisa Maria Sanders was born at Fort Bridger, Nebraska Territory 24 March 1856. Her parents were crossing the plains from Iowa on their way to California at the time and were delayed by her birth. …