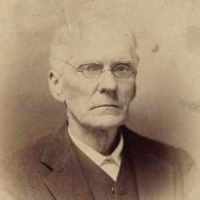 Put your face in a costume from Wooten's homelands.

Serving the newly created United States of America as the first constitution, the Articles of Confederation were an agreement among the 13 original states preserving the independence and sovereignty of the states. But with a limited central government, the Constitutional Convention came together to replace the Articles of Confederation with a more established Constitution and central government on where the states can be represented and voice their concerns and comments to build up the nation.
(1997: 185777;2007: 436295; 2010: 624252)English (southern England and south Wales): from the personal name Harry + genitival -s. This surname is also established in Ireland, taken there principally during the Plantation of Ulster. However, in some cases, particularly in families coming from County Mayo, Harris can be an Anglicized form of Gaelic Ó hEarchadha. This surname is also very common among African Americans.American shortened and altered form of Greek surnames begining with Cha(r)-, such as Chasandrinos (variant of Kassandrinos, a habitational name from the Kassandra peninsula of Chalkidiki), and various patronymics from the personal name Charalampos (see Charos ). In North America, the surname Harris may possibly also originate from a transferred use of the Greek personal (given) name Charis or Harris (shortened forms of Charalampos) as a surname (i.e. as a replacement of the original surname).

22 April 1858, about his great-grandfather, Benjamin Harris, Upper Alton, Illinois: "...Your great grandfather was a Virginian by birth, and was born about the year 1760 or thereabouts, Benjamin Harr …