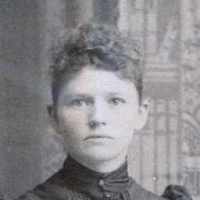 Put your face in a costume from Laura Bertha's homelands.

A landmark decision of the U.S. Supreme Court upholding the constitutionality of racial segregation laws for public facilities if the segregated facilities were equal in quality. It's widely regarded as one of the worst decisions in U.S. Supreme Court history.
English, Scottish, and Irish: descriptive nickname for someone of swarthy complexion or hair, or else someone with a pale complexion or hair ( see Black ).