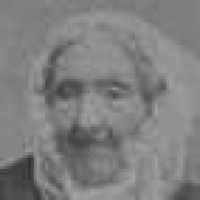 When Lucy Rusher was born on 15 April 1791, in Eynsham, Oxfordshire, England, United Kingdom, her father, Thomas Rusher, was 27 and her mother, Dinah Leonard, was 32. She married John Hart on 23 March 1818, in Oxford, Oxfordshire, England, United Kingdom. They were the parents of at least 4 sons and 4 daughters. She died on 3 October 1883, in Clarendon, South Australia, Australia, at the age of 92, and was buried in Clarendon, South Australia, Australia.