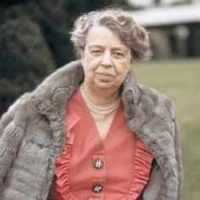 Put your face in a costume from Anna Eleanor's homelands.

June 7, 1887, Tolbert Lanston patented his Monotype machine. It typed individual characters instead of lines like the Linotype machine.

The first of many consumer protection laws which ban foreign and interstate traffic in mislabeled food and drugs. It requires that ingredients be placed on the label.
Dutch: topographic name for someone living by an area of uncultivated land overgrown with roses, from Dutch roose + velt ‘open country’.