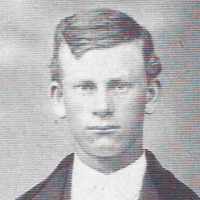 When Oscar Dunreath Fletcher was born in 1858, in Heanor, Derbyshire, England, United Kingdom, his father, Jasper Fletcher, was 33 and his mother, Mary Ann Limb, was 29. He lived in Nottinghamshire, England, United Kingdom in 1861. He died on 22 March 1943, in Tonopah, Nye, Nevada, United States, at the age of 85, and was buried in Salt Lake City, Salt Lake, Utah, United States.

Put your face in a costume from Oscar Dunreath's homelands.