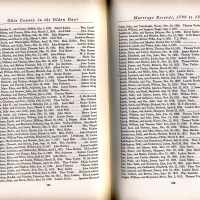 Put your face in a costume from Mary L's homelands.

"On June 16, 1822, Denmark Vesey a free and self-educated African American leads a slave rebellion called ""the rising."" The interesting thing about this rebellion is that it does not really happen. The only thing the judges have to go on is the testimony of people that witness it."
1 English: from a Middle English pet form of Nicholas .2 English: from a Middle English personal name derived from the Old English byname Cola (from col ‘(char)coal’, presumably denoting someone of swarthy appearance), or the Old Norse cognate Koli.3 Scottish and Irish: when not of English origin, this is a reduced and altered form of McCool .