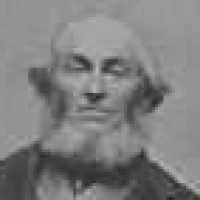 Being a monumental event in the Texas Revolution, The Battle of the Alamo was a thirteen-day battle at the Alamo Mission near San Antonio. In the early morning of the final battle, the Mexican Army advanced on the Alamo. Quickly being overrun, the Texian Soldiers quickly withdrew inside the building. The battle has often been overshadowed by events from the Mexican–American War, But the Alamo gradually became known as a national battle site and later named an official Texas State Shrine.
(1997: 24506;2007: 53333; 2010: 73328)Scottish: Anglicized form of Gaelic Mac Coinnich, a patronymic from the personal name Coinneach meaning ‘comely’, Anglicized as Kenneth. Compare the Irish form McKinney 2. The Scottish spelling with -z- indicates palatalization of the -n- (compare Menzies ).History: This is the name of a Scottish Highland clan, historically associated with the mountainous district of Kintail in nortwestern Scotland, with Cromarty, and with Loch Seaforth (Loch Shiphoirt) on the Island of Harris.