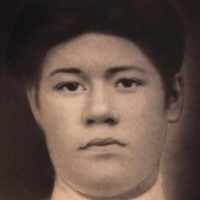 Put your face in a costume from Nancy Hoapili's homelands.

Tock or See or Si or Sin HO

Like the Boy Scouts of America, The Girl Scouts is a youth organization for girls in the United States. Its purpose is to prepare girls to empower themselves and by acquiring practical skills.
Of uncertain origin. From the 18th century it is clearly used as a pet form of Ann ( see Nan ), but it may originally have been a similar formation deriving from the common medieval given name Annis , a vernacular form of Agnes . Nowadays it is an independent name, and was especially popular in America in the 1930s, 40s, and 50s.