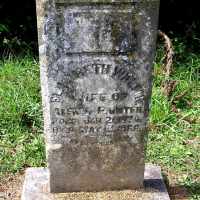 U.S. acquires vast tracts of Mexican territory in wake of Mexican War including California and New Mexico.
German, Swedish, and English: from a Germanic personal name composed of the elements wald ‘rule’ + heri, hari ‘army’. The personal name was introduced into England from France by the Normans in the form Walt(i)er, Waut(i)er.