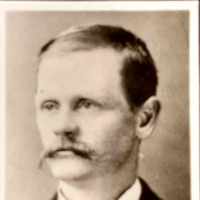 When Henry Augustus Keeley was born on 19 July 1847, in Zanesville, Muskingum, Ohio, United States, his father, William Perry Keeley, was 31 and his mother, Elizabeth Ann Twaddle, was 26. He married Laura E. ( Daulton) Dalton on 10 July 1868. They were the parents of at least 1 daughter. He died on 30 June 1880, in Columbus, Muscogee, Georgia, United States, at the age of 32.

Put your face in a costume from Henry Augustus's homelands.

The first federal law that defined what was citizenship and affirm that all citizens are equally protected by the law. Its main objective was to protect the civil rights of persons of African descent.
1 Irish: reduced Anglicized form of Gaelic Ó Caollaidhe ‘descendant of Caollaidhe’, a personal name based on caol ‘slender’, ‘graceful’.2 English: variant of Keighley .3 Americanized spelling of German Kühle, variant of Kühl ( see Kuhl ) or of Kühling ( see Keeling ).