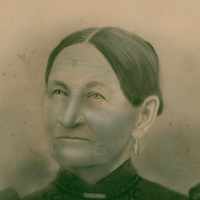 When Anna Maria Anderson was born on 17 August 1821, in Christiana, Transvaal, South Africa, her father, Andrew Anderson, was 37 and her mother, Mary, was 30. She married Peter D Johnson on 9 October 1846, in Norderhov, Ringerike, Buskerud, Norway. They were the parents of at least 1 son and 6 daughters. She died on 3 March 1906, in Blair, Washington, Nebraska, United States, at the age of 84.

(1997: 285232;2007: 569074; 2010: 784404)Scottish and northern English: patronymic from the personal name Ander(s), a northern Middle English form of Andrew , + son ‘son’. The frequency of the surname in Scotland is attributable, at least in part, to the fact that Saint Andrew is the patron saint of Scotland, so the personal name has long enjoyed great popularity there. Legend has it that the saint's relics were taken to Scotland in the 4th century by a certain Saint Regulus. In North America, this surname has absorbed many cognate or like-sounding surnames in other languages, notably Scandinavian (see 3 and 4 below), but also Ukrainian Andreychenko etc.German: patronymic from the personal name Anders , hence a cognate of 1 above.