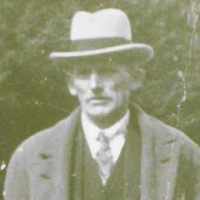 Put your face in a costume from Thomas Charles Albert's homelands.

The National Council of Women of New Zealand was created as an organization after women won the right to vote. Today works to help achieve gender equality in New Zealand and in 2017 introduced Gender Equal NZ, which is fighting for Zealanders to have the freedom and opportunity to determine their own future no matter which gender they are.

New Testament name, borne by one of Christ's twelve apostles, referred to as ‘Thomas, called Didymus’ (John 11:16; 20:24). Didymos is the Greek word for ‘twin’, and the name is the Greek form of an Aramaic byname meaning ‘twin’. The given name has always been popular throughout Christendom, in part because St Thomas's doubts have made him seem a very human character.