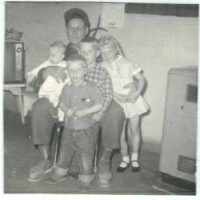 The Life Summary of Vane Lester

Put your face in a costume from Vane Lester's homelands.

A Swedish man, Olof Ohman, was farming on his land when he came across a 202-pound rock slab that had strange writing on it. Convinced it was proof that Scandinavian explorers came to that area before Columbus found the Americas, he had it looked at by scholars and linguists to find its translation. There has been a drawn-out debate on the stone's authenticity, with a scholarly consensus that classifies it as a hoax and the community which is convinced that it is authentic.

1915 · Home of the Federal Reserve Bank for the Ninth District

The first building for the Federal Reserve bank in Minneapolis was completed in 1915 and was a peculiar structure. It had no windows on the lower walls close to the street and later, a small skyscraper was added to the top. It was created to serve the states of Montana, North and South Dakota, Minnesota, and the northern parts of Wisconsin and Michigan. Even though it covers a wide area, it serves the smallest population base of the entire reserve system. Today the Federal Reserve is housed in three buildings that are housed a few blocks away from each other.