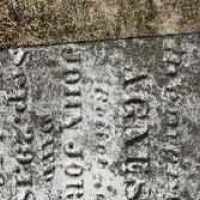 The widow Agnes Cunningham Jordan with all her children except Mary and Susan moved to Berrien Co., Michigan in 1833 where she preempted land. By 1939 all of these families were living in Platte Co. …