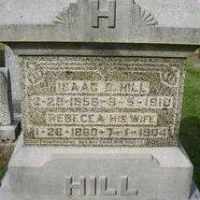 Put your face in a costume from Isaac C's homelands.

Yellowstone National Park was given the title of the first national park by the U.S. Congress and signed into law by President Ulysses S. Grant. It is also believed to be the first national park in the world.
1 English and Scottish: extremely common and widely distributed topographic name for someone who lived on or by a hill, Middle English hill (Old English hyll).2 English: from the medieval personal name Hill, a short form of Hilary ( see Hillary ) or of a Germanic (male or female) compound name with the first element hild ‘strife’, ‘battle’.3 German: from a short form of Hildebrand or any of a variety of other names, male and female, containing Germanic hild as the first element.