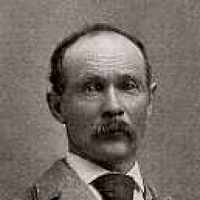 The Life Summary of Jasper Hazen

Put your face in a costume from Jasper Hazen's homelands.

English (Derbyshire and Nottinghamshire): variant of Bardsley .History: William Beardsley, mason, came to New England in 1635 from London aboard the Planter.

452 BEARDSLEY The leading man in this ancestral narrative is my great-grandfather Lewis Beardsley, a sixth generation pioneer, who was born in Vermont in 1802. Although a big boy for his age he w …