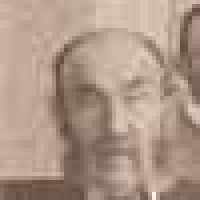 The Life of Almon N.

Put your face in a costume from Almon N.'s homelands.

English:1. topographic name for someone who lived near a tower, usually a defensive fortification or watchtower, from Middle English, Old French tūr (Latin turris). 2. occupational name for someone who dressed white leather, cured with alum rather than tanned with bark, from an agent derivative of Middle English taw(en) (Old English tawian ‘to prepare, make ready’). 3. Americanized spelling of German Tauer .