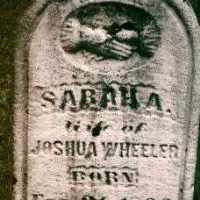 The Life Summary of Sarah A.

Put your face in a costume from Sarah A.'s homelands.

Dutch: habitational name for someone from a place called Bedburg near Cleves in Germany.