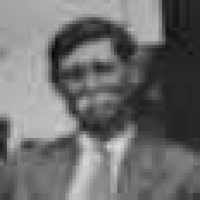 Put your face in a costume from Isam's homelands.

The First official World's Fair, was held to celebrate the 100th anniversary of the signing of the Declaration of Independence in Philadelphia. 37 Countries provided venues for all to see.
English, German, Dutch, and Jewish: from the personal name Michael, ultimately from Hebrew Micha-el ‘Who is like God?’. This was borne by various minor Biblical characters and by one of the archangels, the protector of Israel (Daniel 10:13, 12:1; Rev. 12:7). In Christian tradition, Michael was regarded as the warrior archangel, conqueror of Satan, and the personal name was correspondingly popular throughout Europe, especially in knightly and military families. In English-speaking countries, this surname is also found as an Anglicized form of several Greek surnames having Michael as their root, for example Papamichaelis ‘Michael the priest’ and patronymics such as Michaelopoulos.