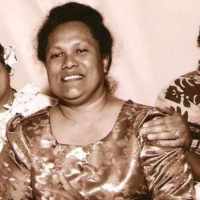 Put your face in a costume from Togialuga Pio's homelands.

The Voting Rights Act prohibits racial discrimination in voting. The Act secured the right to vote for minorities in the South. It also prohibits local governments from making any voting law that results in discrimination against any kind of minorities.
From Latin pius ‘pious, respectful’.