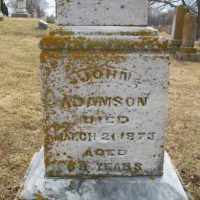 With the Aftermath of the Napoleonic Wars the global market for trade was down. During this time, America had its first financial crisis and it lasted for only two years.
1825 · State Capital Moves to Indianapolis

The state capital was moved from Corydon to Indianapolis on January 10, 1825.
1835 · The Hermitage is Built