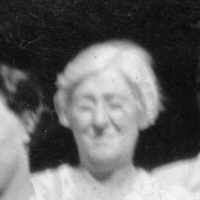 The Life Summary of Rosa Isabella

Put your face in a costume from Rosa Isabella's homelands.

Kansas became the first state to adopt a constitutional amendment which prohibited all alcoholic beverages on February 19, 1881.

Some characteristic forenames: German Otto, Kurt, Hans, Erwin, Franz, Alois, Fritz, Helmut, Mathias, Oskar, Wilhelm, Dieter.Swiss German and German (also Hüber): status name based on Middle High German huobe, a measure of land, varying in size at different periods and in different places, but always of considerable extent, appreciably larger than the holding of the average peasant. The surname usually denotes a holder or owner of this amount of land, who would have been a prosperous small farmer and probably one of the leading men of his village. This surname is also found in other central European countries, for example Poland and Slovenia. See also Hoffner , compare Hueber .Dutch: variant of Hubert .