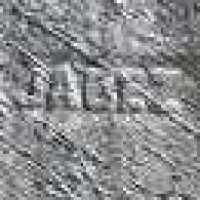 When Jabez Curtis was born about 1801, in Torrington, Litchfield, Connecticut, United States, his father, Uri Curtis, was 30 and his mother, Esther Gillette, was 31. He married Louisa Malitda Wetmore on 19 October 1830. They were the parents of at least 1 son. He died on 13 December 1848, at the age of 47.

Put your face in a costume from Jabez's homelands.

With the Aftermath of the Napoleonic Wars the global market for trade was down. During this time, America had its first financial crisis and it lasted for only two years.
1 English: nickname for a refined person, sometimes no doubt given ironically, from Old French, Middle English curteis, co(u)rtois ‘refined’, ‘accomplished’ (a derivative of Old French court, see Court 1).2 English: from Middle English curt ‘short’ + hose ‘leggings’, hence a nickname for a short person or one who wore short stockings. This nickname was borne by William the Conqueror's son Robert, but it is not clear whether it has given rise to any surnames.3 Altered form of French Courtois .