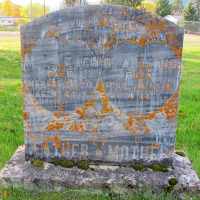 Put your face in a costume from Monterey Leroy's homelands.

The first federal law that defined what was citizenship and affirm that all citizens are equally protected by the law. Its main objective was to protect the civil rights of persons of African descent.
(1997: 15956;2007: 33154; 2010: 44581)English: occupational name for a physician, from Middle English leche, lache ‘physician’ (Old English lǣce ‘leech; physician, blood-letter, surgeon’). The name refers to the medieval medical practice of bleeding, typically by applying leeches to a patient. The surname is recorded in the late 14th-century Poll Tax Returns for men whose occupation is stated as medicus ‘physician’, or occasionally spicer (spicers acted as apothecaries), but some men named le Leche have unrelated occupations including cultor ‘cultivator, farm laborer’, which suggests that leche could refer to an amateur ‘medicine man’ who supplied folk remedies.