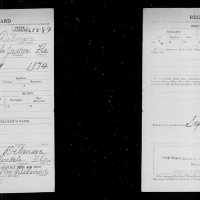 This Act tried to prevent the raising of prices by restricting trade. The purpose of the Act was to preserve a competitive marketplace to protect consumers from abuse.
Possibly a reduced form of English Dillamore, itself a variant of Delamar .