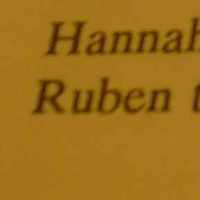 When Colonel Reuben Fogg was born on 1 June 1722, in Kittery, York, Massachusetts Bay Colony, British Colonial America, his father, Daniel Fogg, was 28 and his mother, Anne Hanscom, was 27. He married Margaret Elder on 15 May 1744, in Scarborough, Yorkshire, Massachusetts Bay Colony, British Colonial America. They were the parents of at least 6 sons and 5 daughters. He registered for military service in 1776. He died on 25 October 1797, in Scarborough, Cumberland, Maine, United States, at the age of 75.

Thomas Jefferson's American Declaration of Independence endorsed by Congress. Colonies declare independence.
Northern English: from Middle English fogge ‘aftermath’, i.e. grass left to grow after the hay has been cut, also applied to long grass in a water meadow. The surname arose from either a topographic name or a metonymic occupational name for someone who grazed cattle on such grass in the winter. The vocabulary word, which is probably of Old Norse origin, is still in use as a dialect term in Craven, Yorkshire, and in eastern Lancashire. Modern English fog ‘thick mist’ is first attested in the 16th century and is unlikely to be the source for a surname.