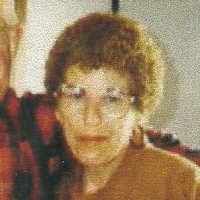 The Life Summary of Jacqueline Florence

Put your face in a costume from Jacqueline Florence's homelands.

Built on property donated by the Broadmoor Art Academy, the Colorado Springs Fine Arts Center was built in April of 1936. This was in the middle of the ""Gret Deperession"" and Alice Bemis Tylor funded the project to help employ laborers who were unemployed.

(1997: 5529;2007: 10522; 2010: 14081)English (Middlesex): nickname from an unrecorded Middle English burre-dokke ‘burdock’, the name of a prickly plant with burrs and dock-like leaves (usually Arctium lappa), common on waste ground. It may have been given to someone of a prickly temperament or perhaps to someone with a hoarse voice.Possibly also an Americanized form of Dutch Boerdijk: habitational name from a settlement named Boerdijk, composed of boer ‘peasant, farmer, countryman’ and dijk ‘dike’.

written by Jeri, a sibling While Lamar was still employed by General Metals, jackie started singing and yodeling with the Wagon Masters at Knott's Berry Farm. Dolores would also sing with her a …