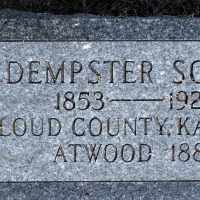 The Life Summary of George Dempster

Put your face in a costume from George Dempster's homelands.

(1997: 137971;2007: 316207; 2010: 439530)English, Scottish, and Irish (Down): habitational and ethnic name from Middle English Scot ‘man from Scotland’. There is no evidence that the surname denoted either of the earlier senses of Scot as ‘(Gaelic-speaking) Irishman’ or ‘man from Alba’, the Gaelic-speaking region of Scotland north of the river Forth. This surname is also very common among African Americans.English and Scottish: from the rare Middle English personal name Scot (Old English Scott, possibly also Old Norse Skotr), only certainly attested in northern England.