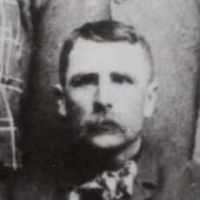 The Life Summary of John Levi

When John Levi Davenport was born on 9 January 1850, in Fremont, Mahaska, Iowa, United States, his father, John Squire Davenport, was 23 and his mother, Madorah Pack, was 18. He married Henrietta Lydia Troth on 6 February 1868, in Mills, Iowa, United States. They were the parents of at least 4 sons and 3 daughters. He died on 7 October 1912, in Caddo, Oklahoma, United States, at the age of 62, and was buried in Ida Cemetery, Munden, Republic, Kansas, United States.

Put your face in a costume from John Levi's homelands.

(1997: 18875;2007: 40919; 2010: 55895)English (Lancashire and Cheshire): habitational name from a place in Cheshire named Davenport, from the Dane river (apparently named with a Celtic cognate of Middle Welsh dafnu ‘to drop, to trickle’) + Old English port ‘market town’.Irish: in Tipperary, this is an English surname adopted by bearers of Munster Gaelic Ó Donndubhartaigh ‘descendant of Donndubhartach’, a personal name composed of the elements donn ‘brown-haired man’ or ‘chieftain’ + dubh ‘black’ + artach ‘nobleman’.

John Levi's father, John Squire Davenport, hauled freight between Missouri and the west coast for thirty years. His children were born on these trips west and back and his children basically grew up h …