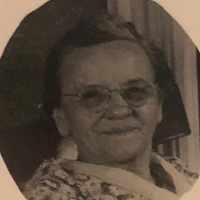 Put your face in a costume from Johana's homelands.

This Act tried to prevent the raising of prices by restricting trade. The purpose of the Act was to preserve a competitive marketplace to protect consumers from abuse.
German and Jewish (Ashkenazic): nickname from an inflected form of Middle High German swarz, German schwarz, meaning ‘the black one or the dark one’.