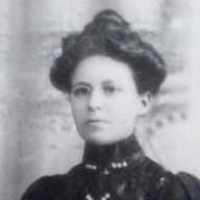 The Life Summary of Dora Melinda

Put your face in a costume from Dora Melinda's homelands.

(1997: 11909;2007: 36348; 2010: 55179)English (northern): patronymic from the Middle English personal name Geffrey or Jeffray (see Jeffrey ) + -son. In the late medieval period Geffreyson was increasingly pronounced Jeffrason, with shortening of the diphthong to a simple vowel, which was later commonly altered to Gefferson and Jefferson, with metathesis of -r- and this shortened vowel. In North America, this surname became especially common among African Americans (see 2 below).African American: from the personal name Jefferson (or Thomas Jefferson), adopted in honor of Thomas Jefferson, the 3rd president of the US; or adoption of the surname in 1 above, in most cases probably for the same reason.