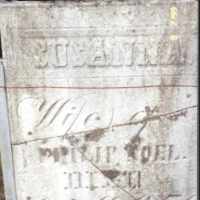 George Washington elected first president of United States.
1 English: variant of Pitman ‘dweller by the pit or hollow’, formed with Middle English putte, a dialect form common in southern and southwestern England.2 Dutch: from put ‘pit’ or ‘well’ + man ‘man’, a topographic name for someone who lived by such a feature, or a habitational name derived from a minor place named with the term.3 Americanized spelling of North German Püttmann, a topographic name cognate with 2.