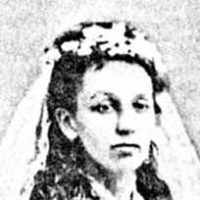 Put your face in a costume from Ora Wasson "Wassie"'s homelands.

English (Surrey, of Norman origin): habitational name from the Norman hamlet of Couvert in Calvados or from some other locality similarly named from Old French (le) covert ‘the secret corner, refuge, or thicket’. Sussex surname forms with the definite article and no preposition are not nicknames from Old French covert ‘secret(ive)’, as has been suggested, but are either references to ‘Le Covert’ as the place of origin or represent the common Norman practice of substituting le for de in surnames. This surname is now extinct in Britain.Americanized form of an unidentified Dutch or German name, perhaps Kofoed or German Gobert .