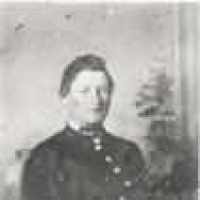 The Life Summary of John Simpson

Put your face in a costume from John Simpson's homelands.

"On Dec. 6, 1800, Governor St. Clair created by proclamation the county of Clermont, the name taken from the Department of Clermont, in France, and derived from two French words originally signifying "" a clear mountain,"" ..."