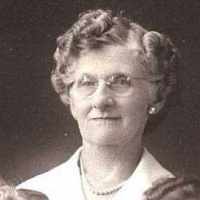 The Life Summary of Frances Eleanor

Put your face in a costume from Frances Eleanor's homelands.

(1997: 455;2007: 1827; 2010: 3983)Some characteristic forenames: Chinese Wei, Siu, Wai, Mei Juan, Shu, Sung, Wenzhong, Zhong, Bin, Cheong, Ching, Chun Keung. Korean Chung, Chang, Cheol, Chong Soon, Jung Soon, Sangki, Yeon, Yiming.Chinese: Mandarin form of the surname 莫, meaning ‘nothing; nonexistent’ in Chinese: (i) from the placename Mo (鄚), the name of a fief (located in Renqiu in present-day Hebei province) in the state of Zhao during the Warring States period (475–221 BC ). This fief may be identical with the city of Mo built by the legendary king Zhuanxu (traditional dates: 2514–2437 BC ). When the name of the fiefdom was adopted as a surname, the Chinese character 鄚 was simplified as 莫 and adopted as a surname. (ii) from Mo Ao (莫敖), said to be the name of an official position in the state of Chu during the Spring and Autumn period (770–476 BC ), approximately equivalent to ‘deputy prime minister’. Descendants of people who were appointed to this position adopted 莫 (Mo) as their surname. However, it is said that Mo Ao (莫敖) was also the name of an official in the state of Chu during the Spring and Autumn period (770–476 BC ), whose descendants inherited 莫 as their surname. (iii) shortened form of Xing Mo (刑莫), Mo Na Lou (莫那婁), and Mo Duo Lou (莫多婁), surnames from the Xianbei ethnic group in ancient northern China during the Northern Wei dynasty (386–534 AD ). (iv) simplified form of another ancient Chinese surname, 幕 (Mu in Mandarin pinyin), said to be borne by descendants of Yu Mu, ancestor of the legendary Emperor Shun (c. 23rd century BC ). They settled mainly in Julu and Jiangling in Hubei province.