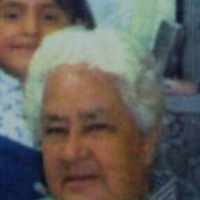 When Delfina Palomares was born on 24 December 1919, in Ojuela, Mapimí, Durango, Mexico, her father, Pedro Palomares Rodríguez, was 34 and her mother, Mercedes Martínez, was 33. She married Jose Maria Flores Romero on 18 March 1937, in Gómez Palacio, Durango, Mexico. They were the parents of at least 6 sons and 1 daughter. She died in 1999, in Torreón, Coahuila, Mexico, at the age of 80.

Put your face in a costume from Delfina's homelands.