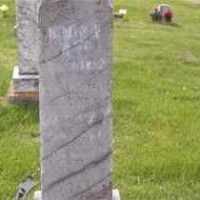 The Life Summary of Henry Hasen

Put your face in a costume from Henry Hasen's homelands.

English: from Middle English bas(e), bass, Old French bas(se) ‘low, short’ (from Latin bassus ‘thickset’, i.e. wide as opposed to tall), either a descriptive nickname for a short person or a status name meaning ‘of humble origin’, not necessarily with derogatory connotations.English: from the Middle English personal name Bas(s)e. This could be an Old French form of ancient Germanic Baso (perhaps meaning ‘purple’) or more commonly a pet form of Middle English and Old French Basile or Basily, used of men and women alike. Compare Basley and Basil .English: in some instances, from Middle English bærs, bas ‘freshwater perch, bass or any of various related or similar fish, such as the sea bass’, hence a nickname for a person supposedly resembling this fish, or a metonymic occupational name for a fish seller or fisherman.