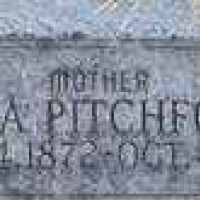 Put your face in a costume from Minnie Valulah's homelands.

1877 · Mississippi State Board of Health is Created

In 1877, the Mississippi State Board of Health was established to protect and advance health throughout the state. There are several different categories that fall under their watch such as disease, environment, injury, standard care, shots, keep records, and more.

A landmark decision of the U.S. Supreme Court upholding the constitutionality of racial segregation laws for public facilities if the segregated facilities were equal in quality. It's widely regarded as one of the worst decisions in U.S. Supreme Court history.
German: byname for someone in the service of a lord and his family, from a genitive plural form of Middle High German her ‘nobleman’, ‘lord’, as in Herrendorf, habitational name from a place near Küstrin; or the nickname Herrenhans, for someone named John in the service of a nobleman; Herrenknecht, a servant in a noble family; or Herrenschneider, a tailor hired by a nobleman.