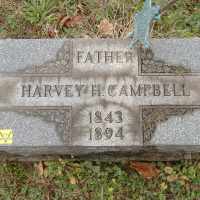 Put your face in a costume from Harvey's homelands.

Abraham Lincoln issues Emancipation Proclamation, declaring slaves in Confederate states to be free.
1 Scottish: nickname from Gaelic cam ‘crooked’, ‘bent’ + beul ‘mouth’. The surname was often represented in Latin documents as de bello campo ‘of the fair field’, which led to the name sometimes being ‘translated’ into Anglo-Norman French as Beauchamp .2 In New England documents, Campbell sometimes occurs as a representation of the French name Hamel .