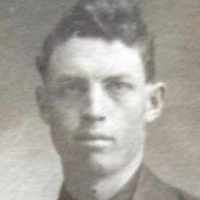 The first of many consumer protection laws which ban foreign and interstate traffic in mislabeled food and drugs. It requires that ingredients be placed on the label.
1 English and Scottish: occupational name for an archer, Middle English bow(e)man, bouman (from Old English boga ‘bow’ + mann ‘man’). This word was distinguished from Bowyer , which denoted a maker or seller of the articles. It is possible that in some cases the surname referred originally to someone who untangled wool with a bow. This process, which originated in Italy, became quite common in England in the 13th century. The vibrating string of a bow was worked into a pile of tangled wool, where its rapid vibrations separated the fibers, while still leaving them sufficiently entwined to produce a fine, soft yarn when spun.2 Americanized form of German Baumann ( see Bauer ) or the Dutch cognate Bouman .