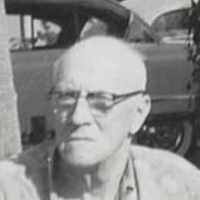 The Life Summary of Joseph Clark

Put your face in a costume from Joseph Clark's homelands.

(2010: NA)German: derivative of Middle High German gern ‘to desire’, a component of various ancient Germanic personal names such as Gernhard. Alternatively, a variant of Gernot .