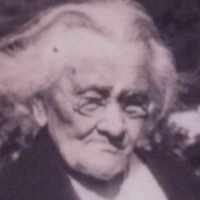 When Elizabeth Ann Gooldrup was born on 15 July 1842, in Tryon, Prince, Prince Edward Island, Canada, her father, Henry Charles Gooldrup, was 38 and her mother, Eunice McNutt, was 35. She married William Hornibrook in 1868, in Bathurst, Gloucester, New Brunswick, Canada. They were the parents of at least 5 sons and 2 daughters. She immigrated to United States in 1883. She died on 26 August 1937, in Marinette, Wisconsin, United States, at the age of 95, and was buried in Marinette, Wisconsin, United States.