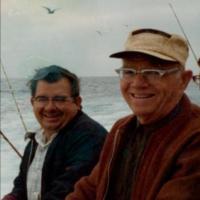 Put your face in a costume from Emory Herbert's homelands.

My grandfather Emerson died before I was born. My Grandmother remarried to Emory Hart. He was a wonderful Grandpa to me. We went fishing, camping and he did all kinds of things with me and my family. …