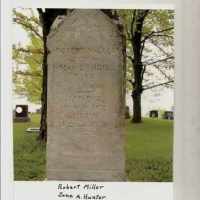 (1997: 421078;2007: 831873; 2010: 1161437)English and Scottish: occupational name for a miller. The standard modern vocabulary word represents the northern Middle English term miller, an agent derivative of mille ‘mill’, reinforced by Old Norse mylnari (see Milner ). In southern, western, and central England Millward (literally, ‘mill keeper’) was the usual term. In North America, the surname Miller has absorbed many cognate surnames from other languages, for example German Müller (see Mueller ), Dutch Mulder and Molenaar , French Meunier , Italian Molinaro , Spanish Molinero , Hungarian Molnár (see Molnar ), Slovenian, Croatian, and Serbian Mlinar , Polish Młynarz or Młynarczyk (see Mlynarczyk ). Miller (including in the senses below) is the seventh most frequent surname in the US.South German, Swiss German, and Jewish (Ashkenazic): variant of Müller ‘miller’ (see Mueller ) and, in North America, also an altered form of this. This form of the surname is also found in other European countries, notably in Poland, Denmark, France (mainly Alsace and Lorraine), and Czechia; compare 3 below.